Band of Brothers meets every Thursday morning at Grama’s Inn on Central St in Prince George, BC. The Band of Brothers is a safe place to come to have your questions answered in a respectful way. We meet from 6:30am to 7:30am, and immediately after we are served an all you can eat breakfast (for $11) so you can go to work full. 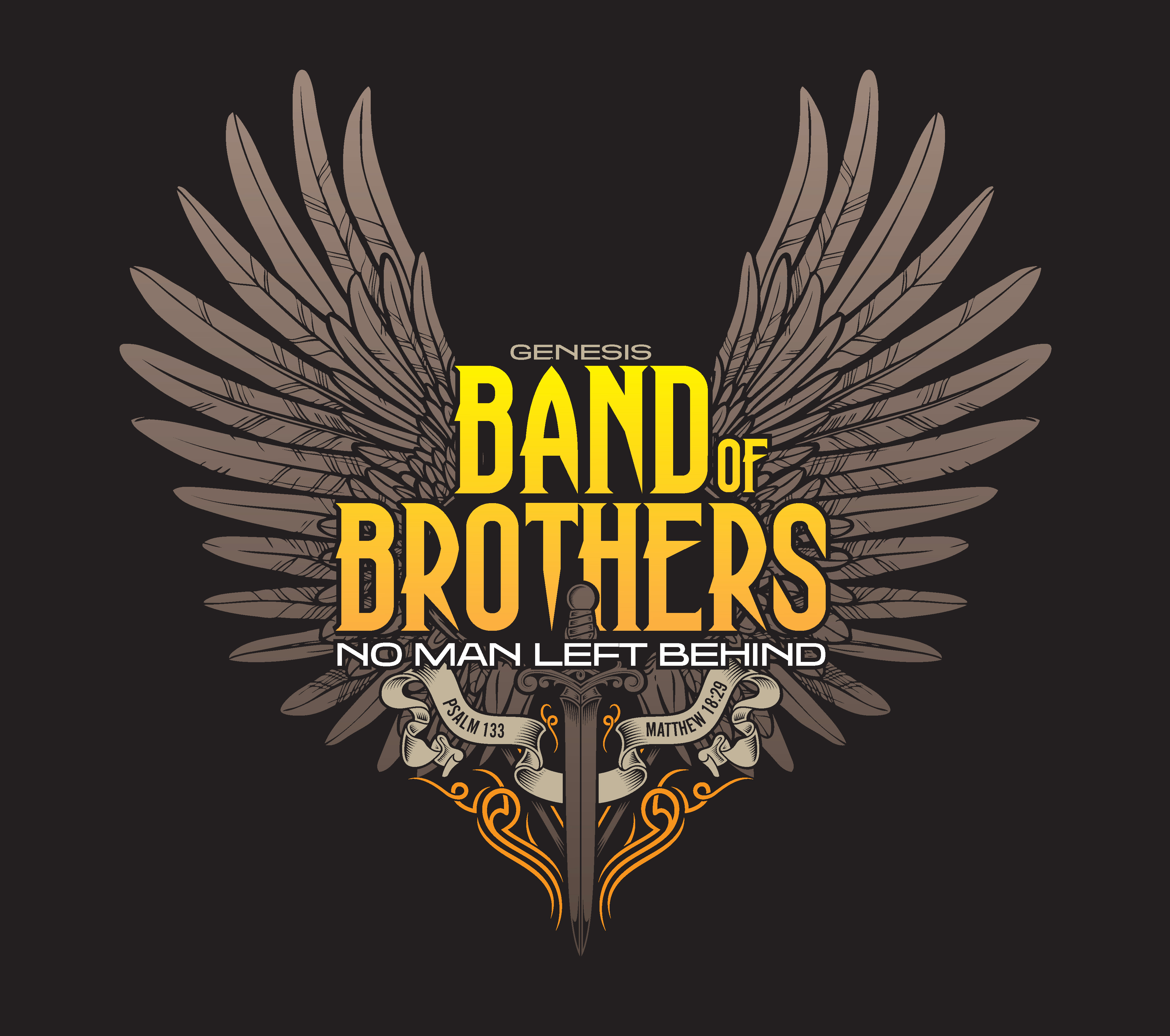 For years I’ve wondered why men’s ministry programs don’t work for most men. It’s a mystery – there is some absolutely fabulous men’s curriculum out there, packed with great Bible teaching. Yet almost every church that launches a men’s program meets with failure. The men just don’t seem interested. Here are the facts:

• The vast majority of men’s programs die within two years of launch.
• Fewer than ten percent of churches offer any ongoing ministry to men at all.
• Those churches that do offer men’s ministry programs often see very low rates of participation – particularly among men under age 40.
• Major national men’s ministry organizations are shrinking in size and influence.

After talking to men’s ministry experts around the globe, two things became clear:
1) the majority of men show little interest in our current models of men’s ministry, and
2) if we are going to make disciples of men, we need a new approach.
Or maybe an ancient one.

The Band of Brothers is a group of men that are committed to :

18 Then Jesus came to them and said, “All authority in heaven and on earth has been given to me. 19 Therefore go and make disciples of all nations, baptizing them in the name of the Father and of the Son and of the Holy Spirit, 20 and teaching them to obey everything I have commanded you. And surely I am with you always, to the very end of the age.” Matthew 18:29

You then, my son, be strong in the grace that is in Christ Jesus. 2 And the things you have heard me say in the presence of many witnesses entrust to FAITHFUL MEN who will also be qualified to teach others.3 Join with me in suffering, like a good soldier of Christ Jesus. 4 No one serving as a soldier gets entangled in civilian affairs, but rather tries to please his commanding officer.  Timothy 2:2-4

Band of Brothers is a discipleship structure based on the very first Christian men’s group:

Jesus and the twelve. Men’s League develops twelve men at first, and then expands to seventy-two. Men’s League not only delivers powerful teaching, it also gives men personal coaching and a structure that keeps them engaged. Band of Brothers is built around the metaphor of a modern sports league, but its methods are as old as Christianity itself.
It’s an ever-evolving model that combines the best practices of today’s leading men’s ministries with the ancient structure Jesus modelled for us. 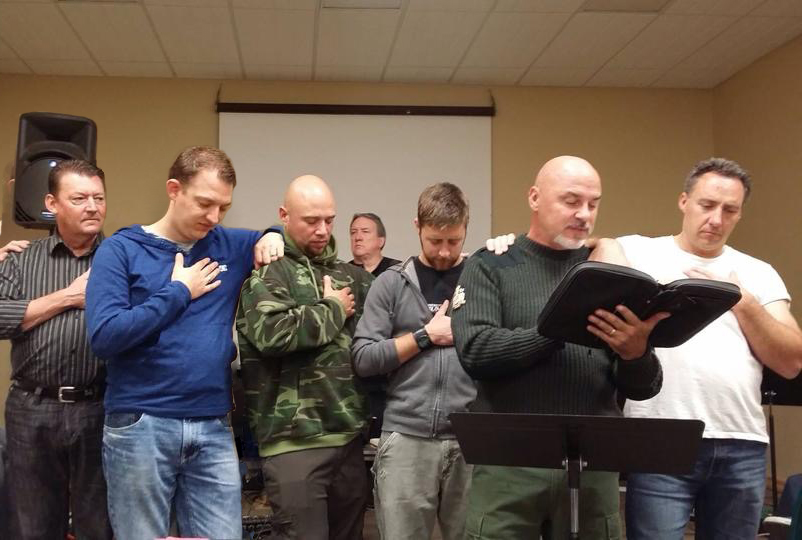 So simple. Yet most Christians will go their entire lives without ever making one. Let’s get personal; have you ever made a disciple? I’m not talking about winning someone to Christ. How many people have you personally developed into fully committed followers of Jesus?

I think I know why.

Soldiers don’t just go out and fight battles on their own. Instead, they’re trained. They’re equipped. They’re organized into small units. They’re given an objective. And most important, a support structure is placed around them. If this structure breaks down, the soldiers become demoralized.

Disciple making is a battle. It’s demanding, difficult work. When people go out and try to make disciples on their own, they become demoralized.

Band of Brothers is a disciple making structure. It provides the support that men need as they challenge other men in their walk with God.

Most men’s ministry starts and ends with teaching. “What are we going to teach?” we ask. “Which curriculum will we use? What book will we study?”

Men’s League builds a structure before anything is taught. The structure is…

• Two men, who call
• Twelve men, train them, and send them to disciple
• Seventy two men.

The structure comes straight out of the gospel of Luke. 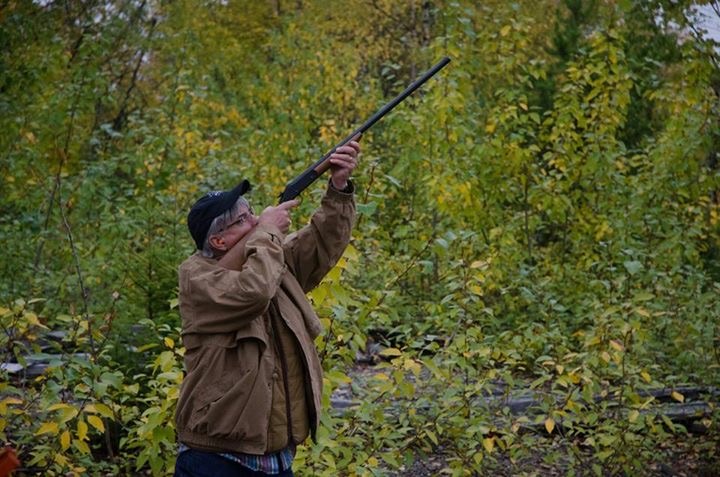 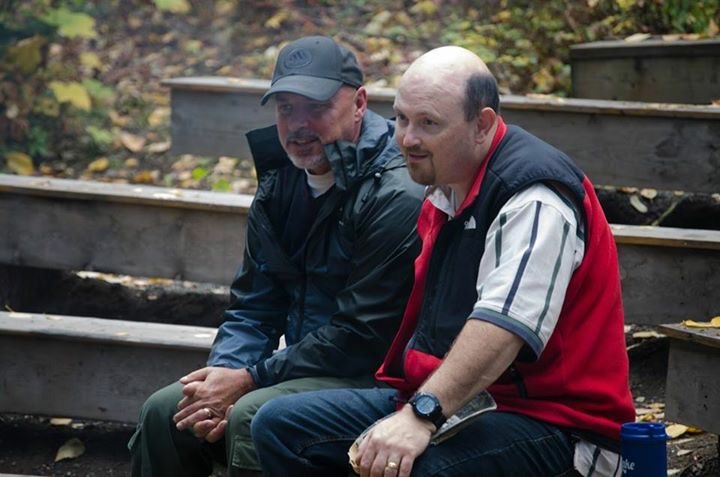 Jesus began the church by getting to know men…in the synagogue, in their workplaces, in their homes. Eventually, he began to attract disciples. He called a number of men to follow him in Luke 5, including Simon, James, John and Levi.

Then in Luke 6, he called his disciples together, and from among them he chose 12, whom he designated apostles. Please note that not all of his disciples made it into his inner circle. There were only 12 spots available. At this point, Jesus is not into exponential growth. He’s seeking quality, not quantity.
The twelve were his inner circle. He spent lots of time personally coaching these 12. He taught them by example. We also know that he organized his men into pairs (see Matthew 10). So this was the structure that the early, early church was built upon. By Luke chapter 9, Jesus is sending these men out in pairs to do the ministry he’s trained them to do. And great things happened!

Then suddenly, in Luke chapter 10, there are 72 more disciples (in addition to the twelve). These seventy-two are sent out by Jesus, and they too experience miraculous power. So tell me: how were these 72 trained? The Bible doesn’t say, but I have a guess. If Jesus had six pairs of experienced, battle-hardened apostles, perhaps each pair took responsibility for training and deploying twelve more, in the same fashion. Even today it would take a considerable amount of organization and structure to train seventy-two men to perform signs and wonders and vanquish demons. I don’t think even Jesus could prepare that many men by himself. He would have to have an organizational structure. And I’m guessing that this was it.

Band of Brothers is built on this ancient structure. It begins with two men who have a vision to disciple other men. Since we’re using a sports league metaphor, these two founding men are called “commissioners.”

The above drawing looks like the Luke 4 church, but with one big difference: there are two men at the foundation of the league. Since the commissioners are men (and not God) they need to work in pairs, as the Bible specifies. The first year of the league is a critical time for the commissioners to get to know each other, to pray for each other, and to bond as brothers. They should hang out regularly; read the same books, get their families together, etc. These men will be the foundation of the ministry, and they must be “partners in the gospel” in every sense of the word.

Also during this year, just like Jesus, they’re looking for potential disciples. They’re looking in the church, in the workplace and in the community. They’re seeking committed followers of Jesus who have leadership gifts and a desire to disciple other men.

Early in the process the coaches are paired. You want to do this early so that, in case you have pairs that don’t work out, you can re-pair the men. The pairs should be well established by the middle of the year two. Toward the end of year two, the pairs of coaches should begin looking for men that they can begin discipling in year three.

Here is the final build-out of Band of Brothers, in year three. By building this structure, two men are able to extend their influence into the lives of eight-four more. And look at the structural strength! Each man has two spiritual fathers (1 Cor 4:15) and a band of brothers. This is the great lack in the church today: men sit in church but have no support, no friends and no sense of place in the organization. In Band of Brothers, any man can find support, friends and a sense of place.

In Band of Brothers, no man gets left behind.

Men don’t simply disappear or fade away; they have fathers to look after them and brothers to encourage them.

With this structure around men, expect great things to happen. As year three comes to a close, you’ve got a rich honeycomb of male relationships. Plus your men are already organized into functioning teams. You can transition from discipleship training to ministry opportunities, because the men already know and trust one another.